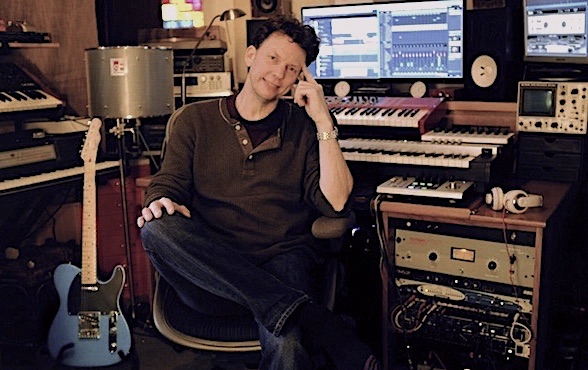 Having come from a musical family, Julian's styles are broad and his ears were trained from the age of 2. His Mum got him to sing harmonies back that she played on the piano. Several years on, he studied music for 8 years that included performance, production, mixing and music analysis.

He commenced developing his production skills at some of London's finest recording studios. These include Raezor Studios, Bunk Junk & Genius, and Mark Angelos where bands such as The Orb, LCD Soundsystem, Stevie Wonder, Manic Street Preachers, Bheki Mseleku, and countless others were recorded.

With chart success', co-writing, mixing, and producing tracks with top10 artists including Platinum-selling singer-songwriter Craig Walker, Everette Peters, Luigi Masi, Chika, and Lorenzo Sevn Altiere having quickly reached over a 13million combined plays in under a week. Julian concentrates mainly on working developing artists' music and his own material at the Joules Productions studio.

Julian expands out to placing soundtracks on adverts including iPhone, Seat and various tv shows including "Paul Merton Goes to...", Sony Playstation + X-Box A titled games include "The Getaway", "This is Football 2002" and "Bionical Heros".

Sample libraries that he produced and performed include "Sample Magic - Disco and Funk Keys volume 1 & 2". These samples can be heard on many commercial tracks on the dance floor and in the charts.

During this time, Julian built his own studio where he started collaborations with The Hightower Set, Danny C, and various members from Jamiroquai, Brand New Heavies, Ray Charles, Groove Armada, Freestylers, and The Power of Dreams.

Julian is several minds in one as a London music producer. He combining his many talents as producer, songwriter, arranger, vocal-producer, sound engineering, and sound designer.

He regularly works with music artists that works are placed with Universal, BMG, Island, Blue Mountain, Crysalis, and W4 labels and independent publishers as songwriter, producer, and mix engineer. 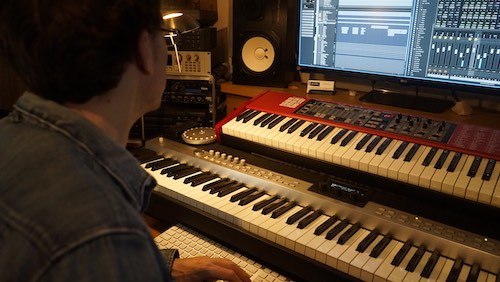 If you would like more information about how we can assist your music project, drop us an e-mail and we will get back to you right away. Or contact us by phone at our London Recording Studio on +447949121811