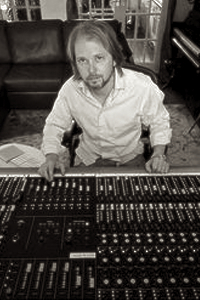 Aditionally, Charles ran his own thriving recording studio out of the famous Hotel New Yorker. In 1997, he collaborated with British singer songwriter, Francesca Longrigg of True Noise, producing and recording her album for Reprise.

In 2004, Chicky fell in love with London and brought his New-York-old-school-style overseas. He continues to collaborate with artists as well as mixing front-of-house sound engineering for Grace Jones, Robert Logan, BEF (formerly Heaven 17), Prince, Orchestral Manoeuvres in the Dark (OMD), OneTwo (comprised of Paul Humphreys of OMD and Claudia Brucken of Propaganda), Icelandic band Trabant and many others.

If you would like more information about how we can assist your music, drop us an e-mail and we will get back to you right away. Or contact us by phone at our London Recording Studio on 07949-121-811.